Experienced writer with a concentrated history in combat photojournalism. I have been published in newspapers, online news repositories, print magazines and literary journals. I am skilled at meeting tight deadlines, have immaculate grammar and revel in all of writing's artful possibilites. I am adept at fiction writing, poetry, content creation, literary analysis, narrative review, public relations, communication coordinating, and social media marketing. 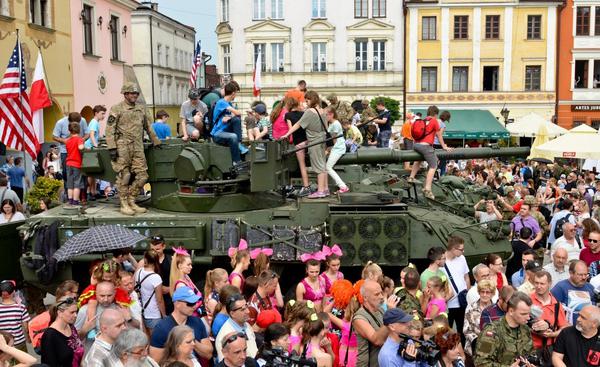 TARNOW, Poland--As the U.S. Stryker Combat Vehicles rumbled into the Tarnow town square, citizens gathered around, waving American and Polish flags, excitedly waiting to inspect the vehicles and meet Soldiers. Soldiers from the 2nd Calvary Regiment and Polish Army came together for a joint community engagement event and wreath laying ceremony in the main square of Tarnow, Poland, May 31. Approximately 1,400 Soldiers, in 400 vehicles, will be covering more than 2,200 kilometers, through six countries Soldiers, beginning at Rose Barracks, Germany and journeying through Poland as part of Exercise Dragoon Ride. 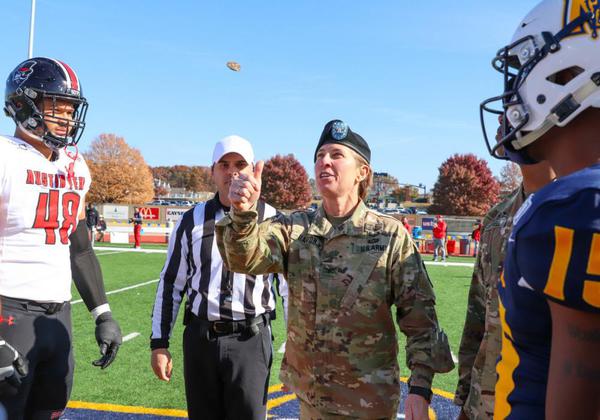 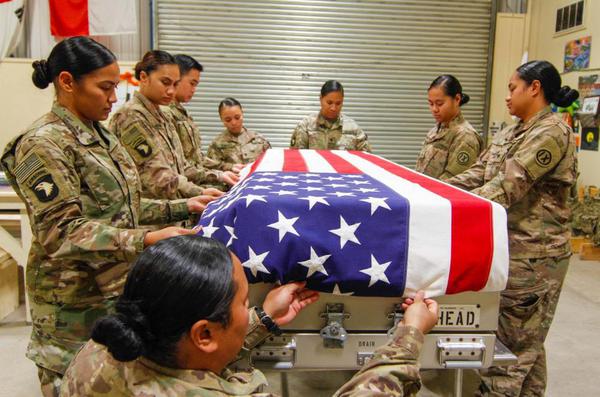 BAGRAM AIRFIELD, Afghanistan –Soldiers from the 962nd Quartermaster Company (Mortuary Affairs), out of Fort Shafter, Hawaii, arguably have one of the hardest jobs in the Army. They arrived in Afghanistan from all parts of the Pacific: Alaska, American Samoa, Guam, and Hawaii, and they are here for one purpose. The U.S. Army Reserve unit is responsible for receiving, processing, safeguarding and transporting the remains and accompanying personal effects of U.S. and Coalition fallen service members, contractors, and civilians throughout Afghanistan. 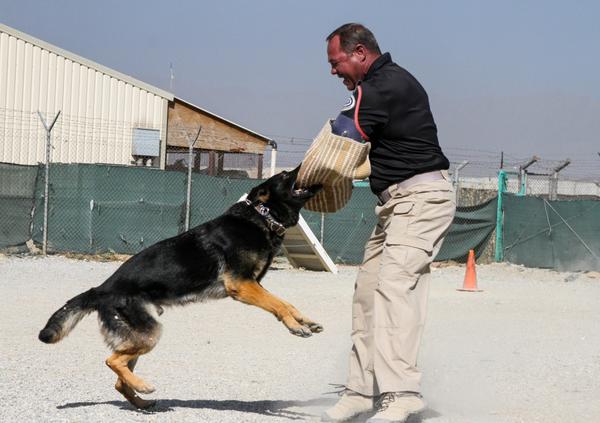 BAGRAM AIRFIELD, Afghanistan– Pebbles and dust flew as the black and tan German Shepard, Larry, a working dog from United States Forces-Afghanistan Mad Dog Kennels, hurtled toward his intended target, a burly man from AMK9’s contract working dog team in a bite suit. In an explosion of muscle and fur, Larry launched himself at the man, clamping his jaws around a healthy portion of the suit. After a few moments, his handler, Spc. Austin Lancaster, native of Amarillo, Texas and military working dog handler for the 180th Military Working Dog Detachment at Fort Leonard Wood, gave Larry the command to release the man and Larry obliged with a few excited whines. Clipping a leash back onto Larry’s collar, Lancaster and Larry proceeded to lead the “perpetrator,” the man in the bite suit, toward the other end of the facility, in an exercise of escorting him off the premises. Soldiers, contractors and D.A. Civilians watching from the wooden benches on the other side of the fence cheered enthusiastically, ending Larry’s run and ushering in the next working dog team in the K9 competition. 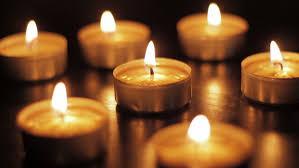 Our Morning It started with tea lights and geraniums— flames reaching for petal edges— flickering in the semi-gloom of my kitchen, the morning light absorbed by dark brown bed sheets I’d taped to the windows. You said you’d never been to a dance so I took your hand and together we spun slowly past the oven, past the sink, past the table; and into that space between us— those few inches— a whole universe grew. 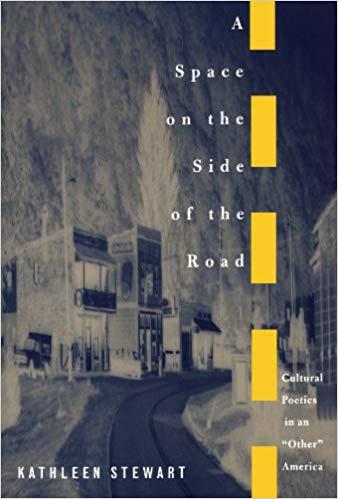 In her book, A Space by the Side of the Road, Kathleen Stuart thrusts her readers into the “space by the side of the road,” that is the broken down West Virginian coal camps, nestled in the heights of the Appalachian Mountains. Stuart does not just theorize or objectify the people that she is studying, but through her book, she lets you feel the long grass against your ankles, and the fear and mystery and faith that flows through the towns she visits, conveying the message that to understand a community one must experience the place that it resides in. Stuart gives voice to “empty,” often neglected or forgotten spaces (being the hollers of West Virginia) through her use and structural embodiment, of multivocality, and “authenticity.” 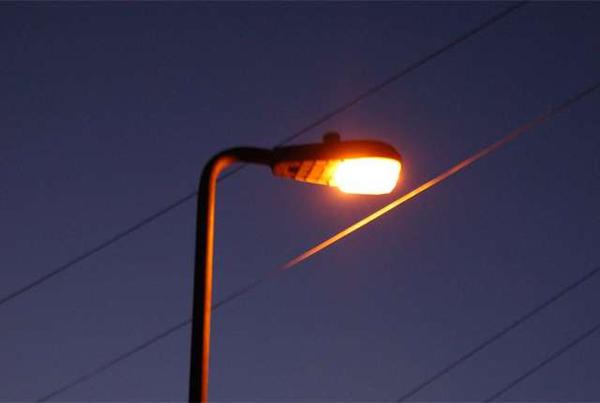 Juniper loves going on runs right before the sun goes down, saying that it adds a bit of urgency, racing the disappearing light - and I watch as she easily trots back toward me, from the opposite edge of the hill, shoes crunching on the loose bits of rock and scattered, fallen eucalyptus branches. I somehow always seem to forget how much effort I have to put out to keep pace with Juniper, every time I see her tight ass in those tiny black shorts, wandering around our small apartment. I’m built like a swimmer, with narrow hips and broader shoulders, so I can take on a fair amount of weight in the gym and my strokes in the pool are good, but I just don’t have the legs that Juniper does and watching her run is like watching a seagull skim the waves with its pointed wings. 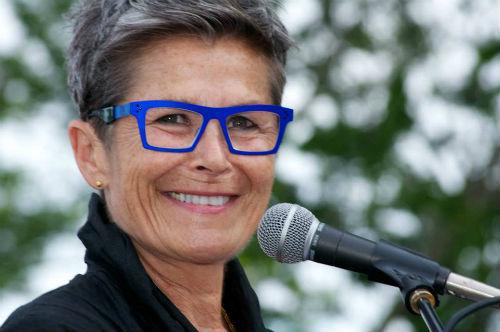 The IWFFA Women’s Flag Football Tournament will have special performances by lesbian comedian, Kate Clinton. What could be better than watching an international women’s flag football tournament, with hundreds of fit females competing against one another? Having the legendary Kate Clinton, a hilarious lesbian comedian, guest star the tournament, making for both an entertaining and exhilarating experience. Kate Clinton is a faith-based, tax-paying, America-loving and family entertainer. 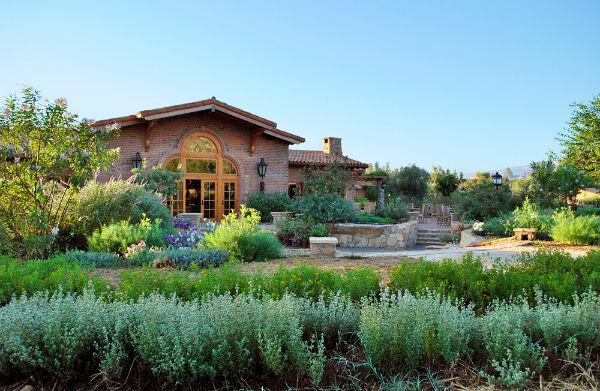 A Place of Peace, Pampering, and Pride

Think warm winds flowing through the interlaced branches of a grove of oak trees, cobblestone pathways weaving through out the grounds, and miles of breathtaking views in all directions; peace is the mantra of this place. If you’re looking for somewhere to relax, rejuvenate, maybe even a romantic getaway, look no further than the legendary wellness center and all inclusive day spa, Rancho La Puerta, in Tecate, Mexico. 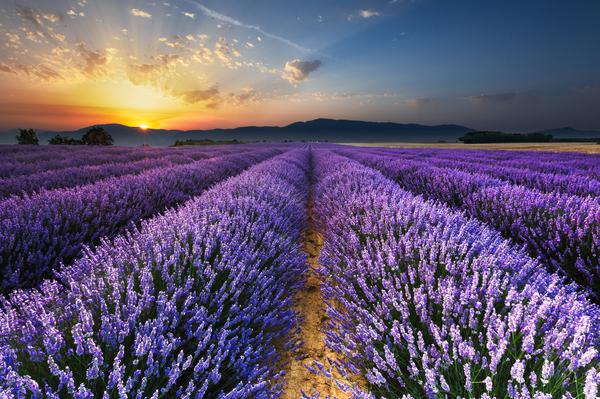 When he’d first brought Cora home with him, Beck was somehow soothed by the way she’d slipped off her white sneakers at the entryway and walked barefoot through the hardwood hallways. It had made it seem like she already lived there and was just coming back from the store or something. It seemed a lot more normal than when he’d first met Cora.
Close ✕